When a Bleeding Woman Dared Touch the Messiah || Women, Periods, and Jesus 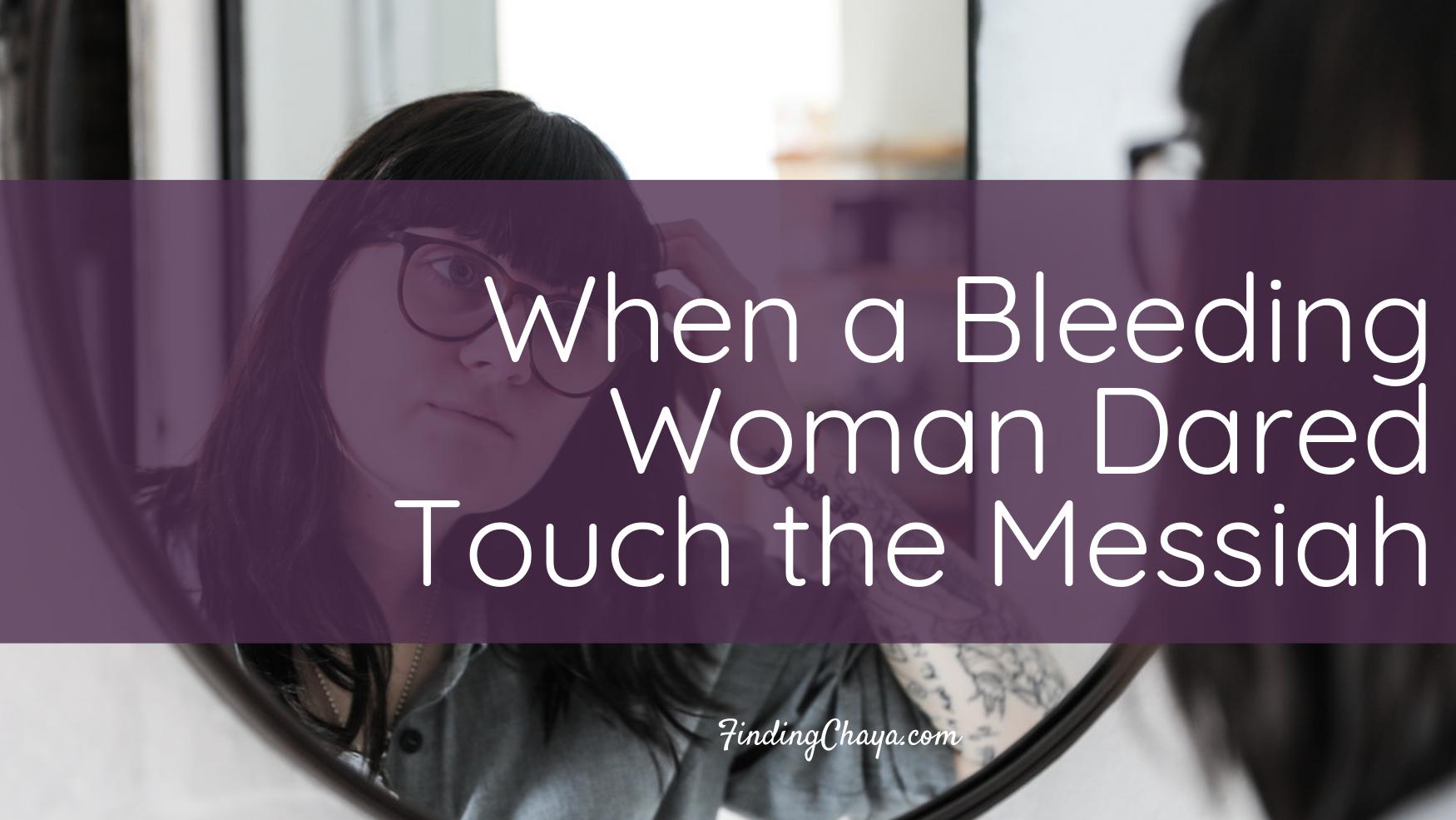 When I was living in Sheffield, I attended St Thomas Crookes. It’s a big church in one of the more popular areas for students and graduates. In the evenings, we were studying Mark. Not only did I gain a new appreciation for this Gospel (the minister Mick LOVES Mark’s Gospel) but I also saw things in a new way. On one occasion, a very new way!

One Sunday evening, the sermon was on Mark 5 where Jairus asks Jesus to heal his daughter. In the middle of this passage, a woman manages to touch Jesus’ cloak in the hope that it will heal her of a discharge of blood. It’s a well known passage though not one I had really paid attention to before. In my experience, these verses were either skipped over or used as an example of the power of faith.

Mick took a different view on the passage. He called it as he read it…

Jesus healed a woman who was suffering from problems related to her menstrual cycle.

He didn’t skip over the fact that she is ill because of bleeding. Instead, Mick did something I never dreamed I would hear in any church. He used it as a chance to show that Jesus did not allow taboos, or even laws around what was unclean, to stop Him from doing good. He did not condemn the woman for touching Him before rushing off to make Himself clean. Instead, Jesus healed her of something that had, unfairly, separated her off from society.

You could accuse Mick of bowing to the demands of feminism and #menstrualrealism. Then again, I will confess to being all for menstrual realism and smashing that particular taboo. So it probably won’t come as much of a surprise that this part of Mick’s sermon really got to me. That he used it as an opportunity to challenge us over how we responded to women and girls struggling with menstrual-related problems was incredible.

Personally, I think Jesus would want us to support each other no matter what our struggles are. This means that girls and women need to feel able to tell each other when your period just gets too much to handle. Knowing we are supported can make it so much easier to deal with whatever our bodies throw at us. For our guy friends? Encourage them to ask questions. Stop treating it like an embarrassment or dirty secret (I’m guilty of this). Instead, be honest with why you are struggling and start the conversation.

Since I was 12, I have struggled with menstrual cramps. And I’m not talking about the sort that could be dealt with by a few paracetamol or ibuprofen tablets. I would be in agony, curled up on the toilet, unsure which end my insides were going to hurl themselves from. If labour is anything like my teenage (and sometimes adult) cramps, I am going to be drugged up to the eyeballs. My parents and I tried everything during my teen years. Painkillers ended up making me throw up during class or just didn’t work. In the end, I opted for the contraceptive pill and I was relatively cramp free.

But in the run up to the sermon, not knowing it was going to happen, I was realising I wanted more. I didn’t want to be afraid of my own body. I wanted to stop relying on the pill in order to live my life.

Mick’s sermon was given during my last month on the pill. Right when my terror about coming off the pill was at peak levels. I was in floods of tears by the end of the sermon. Well, maybe not floods but enough to have very soggy sleeves.

Why did this sermon make me cry so much? At the time I thought it was just because I suddenly realised how terrified I was about risking cramps again on a monthly basis. Then I thought about it.

Even though this section was only a brief part of Mick’s sermon, it really got me thinking about what women can learn from this brief interlude. In fact, it got me thinking so much that I came up with three key points:

For years beyond memory, menstruation has been a taboo subject. It’s one of the few subjects remaining that can make grown men squirm and everybody shift uncomfortably in their seats. But when He healed and then sought out the woman, Jesus showed that he cared. That He has time for a life-inhibiting condition that many people want to ignore.

Even more amazingly, this passage opened up the realisation that I could take this fear to God. That I could ask Him to balance out my hormones and to reduce the pain. Even on the days when I can’t face telling anyone what’s happening, I can still ask for healing.