Rest, the Environment and Being Human (Part 1) 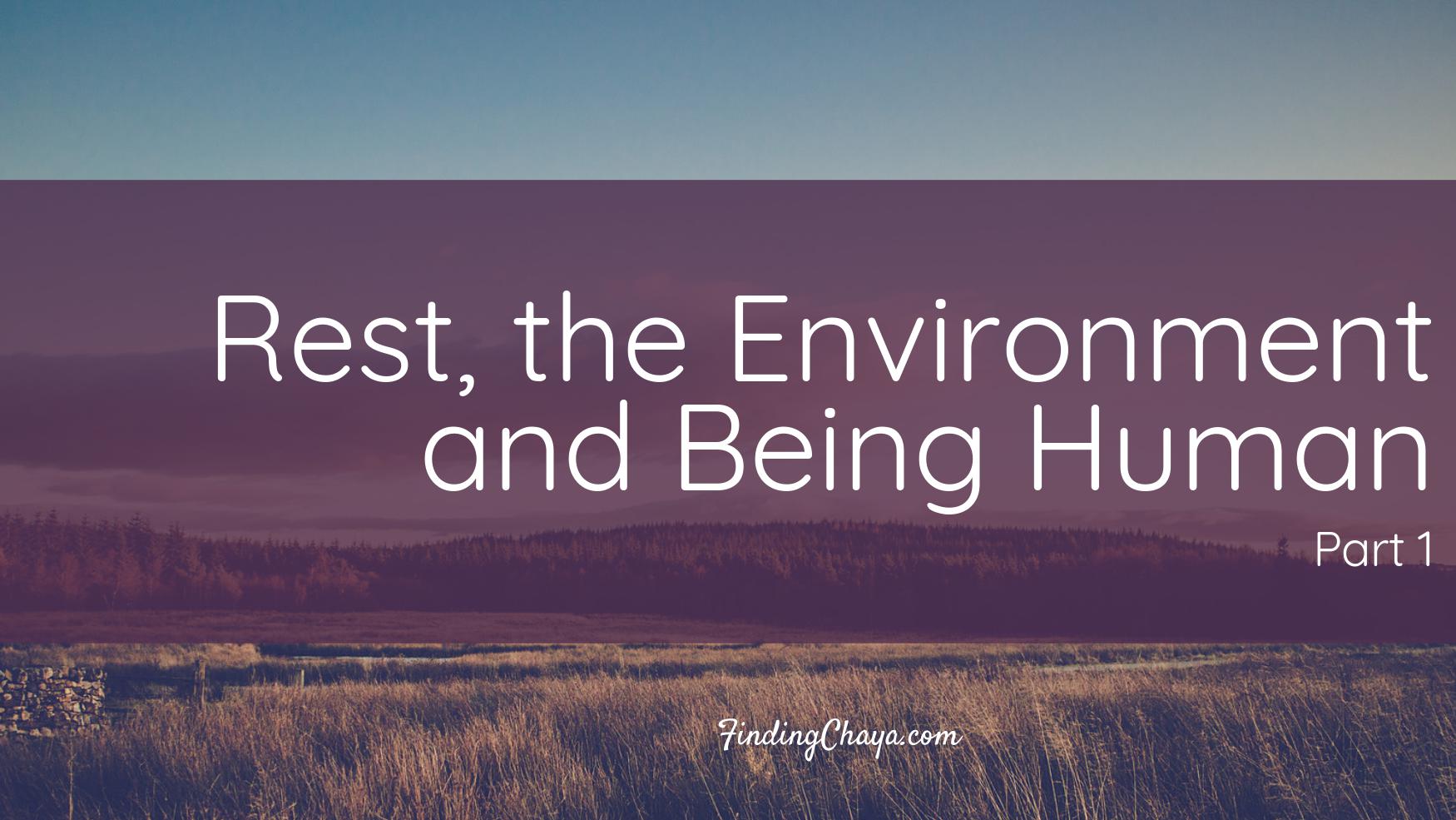 I originally wrote this is 2018 but since then have become even more interested in ideas of rest and Sabbath. It seems even more appropriate to share this post during Lent. A period of abstinence but also, to a degree, rest.

This is the definition from the Oxford Dictionary. Sound familiar?

In today’s society, everybody seems to be tired. We are reliant on tea, coffee, sweets, maca, spirulina, baobab, and anything else that might give us even a little more energy. Even an extra five minutes between yawns would be fantastic. Fatigue is different though. Fatigue is when you wake up feeling tired, like you haven’t rested at all. You are more tired at 6am than you are at 10pm. Where your colleagues and friends are on three cups of coffee, you’re on five cups and through your third bag of skittles (sour this time so the taste wakes you up too).

If that’s you, if you recognise yourself there, then this post is for you. Because I want you to know that God does not intend you to always be too tired to do anything but shuffle between work and home.

BUT, this post is not just about you. Fatigue and rest is bigger than you. God didn’t intend rest to just be a part of being human. He meant for rest to be a part of creation. Yes, the whole of creation is meant to rest.

This isn’t anything new. Farmers have been following this principle for years! From the Middle Ages right up to the 20th Century (in other words, before fertilisers took over), a lot of Europe practised crop rotation. This meant having a number of fields, typically three, and planting all bar one field with different crops. The final field was left unplanted or fallow. The different crops used different nutrients so the soil wasn’t totally leached of any one nutrient through repeated farming. The fallow field was given a chance to rest as it recovered from the previous years’ crops.

Without any scientific knowledge, medieval farmers figured out that the land couldn’t do the same thing year after year. Sometimes it would need a change; sometimes a rest.

The disappearance of allowing land to lie fallow, or rest from growing, is also a fantastic metaphor for society today. We’ve gone from holding the Sabbath day (typically a Sunday) as something that should be set apart for rest and God to working 24/7. It’s not like we are even incorporating change into our life. After all, they say a change is as good as a rest. Instead, we work flat out at whatever it is that we do. Mum, Dad, doctor, lawyer, retail assistant, secretary. With smart phones, we never have to switch off. Often we aren’t even given the choice to switch off as our work builds up, forcing us to work more while surviving on caffeine and sugar.

And we are doing the same to the land. We pump it full of fertiliser and pesticide so that it can produce the same crop year after year. No change. No rest. Instead, we are slowly draining all that is good in the soil and trying to artificially replace it. Yes, it allows us to produce enough food to feed an ever-growing population. But at what cost to the world?

So what does Scripture say about this? Let’s head back to everyone’s favourite book… LEVITICUS! Stay with me because this often ignored book holds some amazing lessons about the importance of rest in God’s plan.

Leviticus 25 talks about the pattern that God laid out for the Hebrews in regards to crop farming and vineyards. Now this pattern not only includes rest but also required the Hebrews to have extreme trust in God because one year in seven they would not farm anything. God asked them to,

“not sow your field or prune your vineyard… not reap what grows of itself in your harvest, or gather the grapes of your undressed vine.”

This was a year of complete rest. God intended for the whole of creation to both work and rest. The land. The plants. The humans. Probably the animals too (hibernation!!!). We are all meant to rest but because God knows that we are flawed creatures He laid it down in law. How incredible is that?!?! God cares for His creation so much that He gave instructions on how to rest.

But it doesn’t stop there. In the Bible, the number 7 represents completeness and perfection. Makes sense why the seventh year was the year dedicated to rest. So do you know how they followed up the forty-ninth year (the seventh seventh year)? With a Year of Jubilee!!!!! The fiftieth year was an amazing year where they were to “proclaim liberty throughout the land to all its inhabitants”. Once again they were to,

“neither sow nor to reap what grows of itself nor gather the grapes from the undressed vines.”

Fortunately, this year they could eat the produce of the field but this would be foraging rather than farming. This effectively gave the land two years in which it could rest, recuperate, and be restored.

These instructions may have been laid down in Old Testament law, which we no longer live under (Romans 6), but it is a beautiful ideal of humanity living in harmony with the land they are on and the God they worship. Rest was part of God’s plan, in the same way that work was. Leviticus 25 gives us an idea of how this can work for creation.