Queen Elizabeth II and a Legacy of Tension 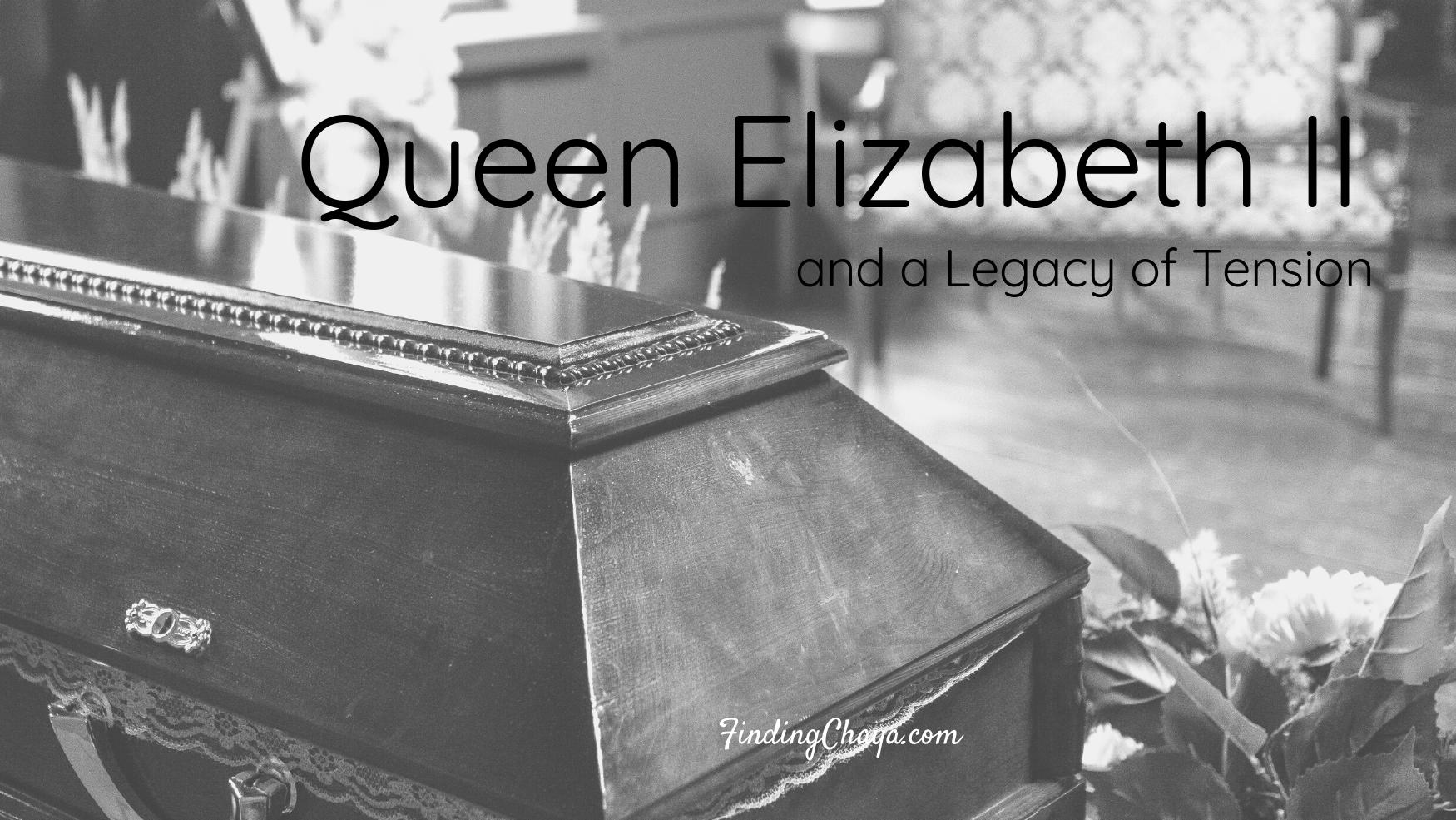 Since Thursday 8 September, according to the news, the world has been turned upside down. The death of Her Majesty Queen Elizabeth II has caused untold levels of sadness, grief and mourning across the country, and even the world.

Or at least that is what the news tells us. We see a queue that is miles long for people to pass by a woman they, in reality, barely knew; flowers and marmalade sandwiches left outside Buckingham Palace, and crowds of people travelling to London to pay their respects. And I don’t want to diminish how these people feel. I do not doubt that their own grief and sadness at Her Majesty’s death is genuine.

Yet I’m not feeling it. Maybe it’s because Her Majesty’s death meant work upped the stress level for almost two weeks. Maybe it is because, despite liking the Royal Family, I don’t feel like they have had a huge impact on me. Either way, I’m not grieving.

When I find time to stop and think, I am sad but not for myself or this tiny island of Great Britain. I have been to the pub and to church since the announcement and life has not changed for most of the people I’ve talked to. Someone we respected and looked up to has died yet most of us have continued our lives with minimal disruption.

There was one moment though where it hit me. Queen Elizabeth II was dead and there were people who were completely and totally mourning her. Her family.

During King Charles III’s first speech on Friday, I wept. I cried for a lady I had never known and I cried with a family I will never meet. Why? Because even as King Charles III made promises to the nation he now reigns over, his love for his mother was shot right through it. I cried because suddenly I had a better understanding of just how loved Elizabeth Windsor, mother, grandmother and great-grandmother, was.

One day, I believe I will see Her Majesty again. She and I will be in the courts of the King of Kings, praising Him, if her various speeches over the years are anything to go by. Yet I still feel it is safe and okay to say that I am not sad because of her death – or at least no more than I was when Alan Rickman died – but because her family are sad.

In Romans 12, Paul advises us to “rejoice with those who rejoice; mourn with those who mourn.” I will grieve with the Royal Family as they mourn the death of their mother but I will also rejoice with the Queen that she has been promoted to glory. I will rejoice that she lived as a “good and faithful servant” even as I am saddened by the thought of her not being the one to give the Christmas speech.

Through the eyes of another

However, since I wrote the start of this post, another group has come to light who I want to show respect to – the children of countries who gained independence from Britain just before or during Elizabeth II’s reign. You don’t have to look far in the newspapers to see stories of how they’re responding to Her Majesty’s death. In short, a wholly different way to me as a white girl.

A friend from Pakistan

The queen who died leaves a legacy of precious lives lost and insurmountable resources plundered across continents – no acknowledgement ever came from her side either.

A different friend from Pakistan

Those of us born and raised in the same country and with the same colour skin as the Royal Family may find it hard to hear quotes like these. I did and they were from my friends. Yet this is how some Pakistanis feel about the history they’ve inherited. Partition may have happened five years before the Queen was on the throne but she is the figurehead and literal Head of State of the nation who orchestrated it. Those raised in the countries that made up the Empire have the right to feel as they feel.

So once more, I refer us back to Romans 12. Only this time the tension is between two groups who mourn. How do we mourn with the Royal Family, who lost their mother, and with those who mourn for the legacy they’ve been forced to accept?

We do both. Just as many of us will mourn our own parents and grandparents, we need to respect the Royal Family’s mourning even if we do not agree with what they stand for. We also mourn with those who inherited the legacy of empire by listening to their stories and learning from them.

Queen Elizabeth II will leave a legacy. In fact, she will leave a multitude of legacies. May we choose that one of those legacies is the ability to be people who are “both… and” instead of “either… or”