Harry Potter and the Millennials – But What if There is a Better Option? 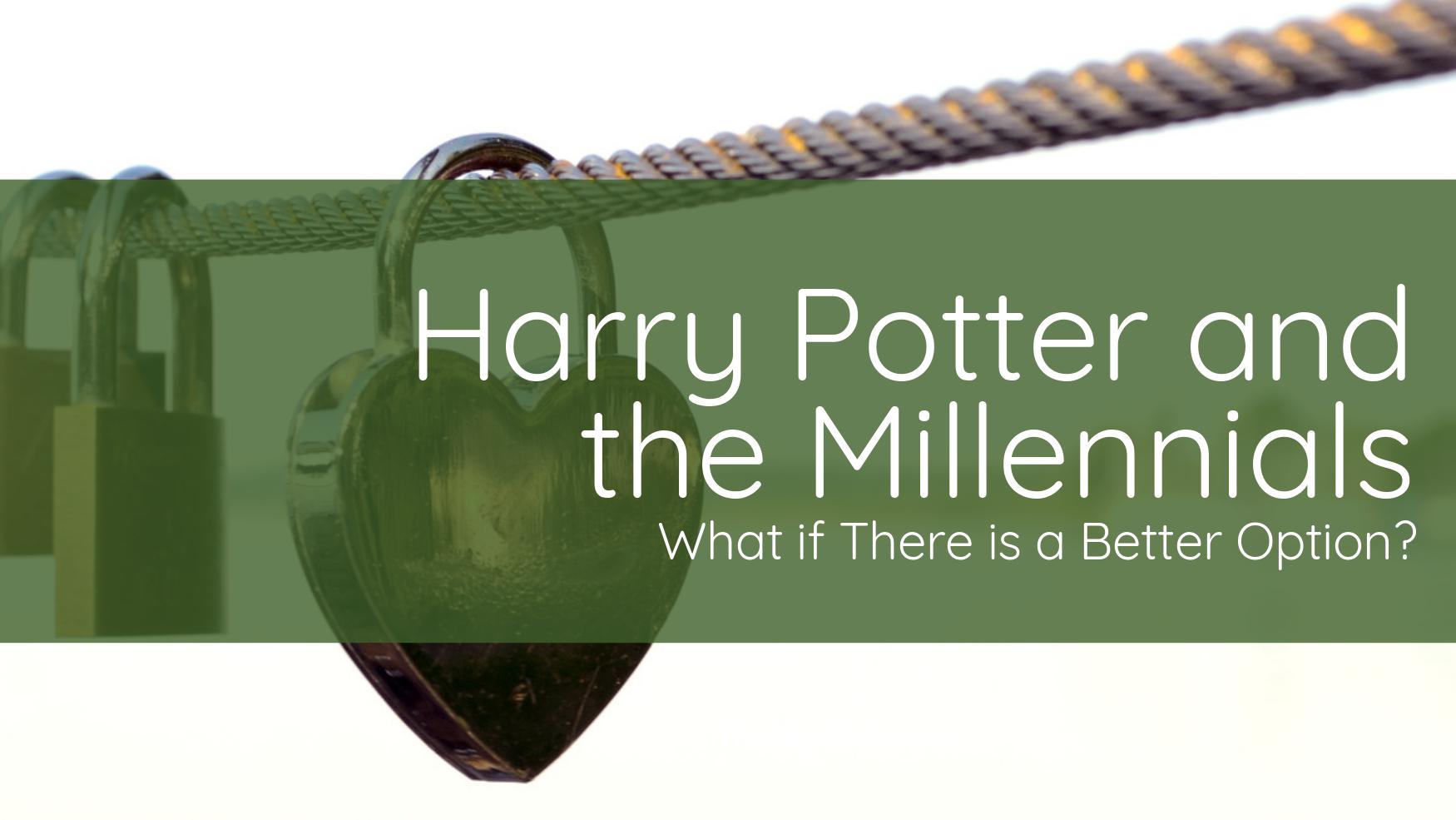 In the last post, we spent almost 2,000 words discussing Harry Potter and why it is loved so much. Ultimately, it all came down to one thing: our need to be recognised and to be loved. We want to save the day but we also want to be saved.

Unfortunately, all J.K. Rowling can offer us is a fantasy world captured between the pages of a book and the reels of a film. When we realise that, the world becomes a duller place without the bright colours of Hogwarts School for Witchcraft and Wizardry. So what would if I told you that there was a better option than the Wizarding World?

At the centre of the Harry Potter books is a sacrifice. No, not Harry’s sacrifice. Not even Fred, Remus, Tonks, or Sirius’ deaths are at the heart of the books. We’re talking about Lilly Potter. Harry’s mother refused to run, instead of protecting her son and saving his life with her love. You can read more about it in Part One.

The unfortunate thing is that Lilly Potter is not a real person. It doesn’t matter how many times we read the books and watch the films, her sacrifice is still the stuff of fiction. She exists in a fantasy world, conjured from the imagination of J.K. Rowling. A world where it is possible for the love of a mother to protect her son from death, even when she has died. It is clearly the work of fiction because nobody in the real world has done or is able to do that… or so we think.

To top it all, Harry never did anything to deserve that love. He was a helpless baby. In fact, he was the very reason that Voldermort was there, which led to his parents’ murder. The love we see Lilly demonstrate is completely selfless and unconditional, so much so that she is willing to die. Love like this, even when it is fictional, draws us to it. If we’re honest, it seems too good to turn up anywhere but in a work of fiction.

There is one documented moment where we see unconditional love fully expressed. A lot of people would like to claim it was a work of fiction but, unfortunately, the evidence is too much. If you want to check out the evidence for yourself (there is a lot of it!), read The Case for Christ by Lee Strobel. This whole book looks at whether the man history calls Jesus (of Nazareth) was a real person and whether he was resurrected.

However, I’m not talking about the resurrection today (but I did here). The documented moment of full-on unconditional love happened three days before, at the Crucifixion. As Jesus hung on the cross, He wasn’t the victim of underhanded plots or corrupt political systems. He was up there because of love.

For God so loved the world, that he gave His only Son, that whoever believes in Him should not perish but have eternal life.

This verse is perhaps the most famous in the whole Bible. It is the first one many of us memorise. When Jesus says this, the crucifixion has yet to happen. Yet this verse explains the motivation behind that one moment, which Jesus’ whole life led up to, and why it is so important. There is no distinction between people and the rest of creation; between Jews and Gentiles; between “good” and “bad” people. God loved the whole freaking world so much that He allowed His only Son to die so that the world, which includes all of us, did not have to.

That is why Jesus hanging on the cross, dying in the most painful way ever invented, is a moment of full-on unconditional love. God gave up the one person He loved more than anything in order to save us. More than that, God gave up Himself because Jesus wasn’t just the Son of God. He was Immanuel, God with us in human form. So that moment when Jesus died, God sacrificed Himself so that we might be saved.

… And His sacrifice is still going strong today

I can’t blame you if you are currently thinking that I’m making a case for Lilly Potter to be compared to (Father) God or Jesus. If I’m honest, as metaphors for unconditional love go Lilly Potter is a good one.

However, there is a significant difference between Lilly Potter and Jesus Christ (aside from one being fictional and one being historical). Lilly only died for one person, her son, and her sacrifice didn’t last forever. In The Goblet of Fire, Lord Voldermort uses some of Harry’s blood in his resurrection. From that moment, Voldermort is immune to the pain that Lilly’s love used to cause him when he touched Harry. Any protection that Harry had appears to have vanished. Lilly’s love was unconditional but it was only for one person and it wasn’t eternal.

Jesus’ sacrifice is different. His sacrifice wasn’t for one person at one time.

What then shall we say to these things? If God is for us, who can be against us? He who did not spare his own Son but gave him up for us all, how will he not also with him graciously give us all things? Who shall bring any charge against God’s elect? It is God who justifies. Who is to condemn? Christ Jesus is the one who died—more than that, who was raised—who is at the right hand of God, who indeed is interceding for us. Who shall separate us from the love of Christ? Shall tribulation, or distress, or persecution, or famine, or nakedness, or danger, or sword?

Jesus on the cross died for ALL OF US! Like I said earlier, the whole freaking world! This is what sets (the real and historical) Jesus’ love apart from every fictional character who has shown unconditional love or had a saviour-type role. Their sacrifices are at the best for a group of people and they never last. Otherwise, what would the next book or TV episode be about?

On the other hand, the Bible tells us that Jesus died for everyone! These verses from Romans make it clear that nothing ever will or even can separate us from God’s love because of Jesus’ sacrifice. No matter what happens, who does what, what lies you are told, or even the lies you tell yourself, nothing can ever ever ever separate you from God’s total, all-encompassing, unconditional love.

The Harry Potter books are absolutely amazing books. Numerous fans out there have credited J.K. Rowling and her creations with everything from discovering their love for fantasy fiction through to helping them discover hope in all number of situations. Lilly’s example of love is just one of the reasons why people find so much hope in these stories.

But despite all the hope that is found in Harry Potter, we are still left with the fact that they are fictional books. Eventually, we have to leave Lilly’s sacrifice and everything that means to come back to the real world. Where does that leave us? It can either leave us feeling hopeless and reliant on a fantasy world or we can look to one person capable of real unconditional love, Jesus. He isn’t a fictional character who died for one person and who’s sacrifice could effectively be undone. Jesus’ death on the cross was FOREVER and for EVERYONE. No matter what happens in our lives, the love that led Jesus to the cross is free to all of us at all times.

All we have to do is accept Him.