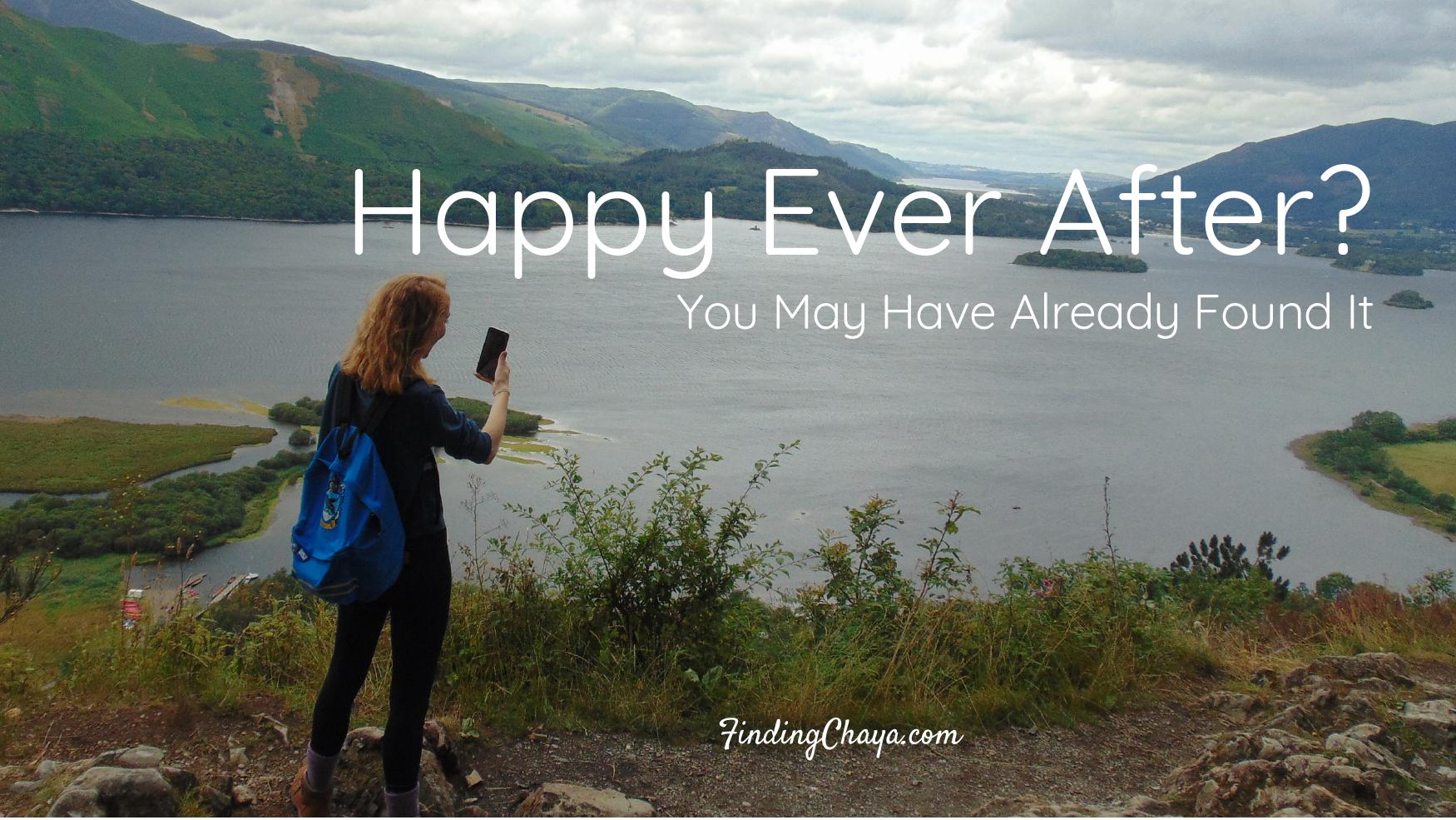 I’ve been single for over seven years. I honestly thought that was never going to change. It now turns out that as I write this post there is a very strong chance that it might change. It is incredibly tempting to believe, as one friend does, that I might have found the “happy ever after” that I apparently deserve.

Even just a few months ago, I might have agreed with her. A few years ago I would have definitely been nodding my head. I believed, though I would always have denied it, that my “happy ever after” was tied up in a romantic relationship with a man. In other words, to be happy I would have to get married at some point!

The thing is, when you are a long-term singleton, that kind of thinking isn’t leading you any closer to a happy ending. Instead, it’s just leading you towards desperation. Yes, you heard me right – the Hollywood and romantic novel idea of a “happy ever after” is the best way to create desperate women. I’m sorry but looking to men for your happiness will just end up with you in a black pit.

There will be a sacrifice

How many of our favourite romcoms and chick flicks involve some form of sacrifice? Even action films with a romantic subplot have a degree of sacrifice in them. Think of Disney princes risking life and limb to save the princess. Then there is Thor offering up himself to save Jane and her friends. Even 27 Dresses, where Kevin tries to stop a piece going to print that would make his career to save Jane from humiliation. It would appear that according to Hollywood, achieving our “happy ever after” must involve an element of sacrifice… typically performed by men for women.

It is so tempting to jump up on my “strong, independent woman” soap box and explain why women don’t need men to do the sacrificing. Sorry but women are perfectly capable of saving themselves most of the time…

… Or are we? Because here is why I’m not jumping up on that soap box. My “happy ever after” is dependent on a sacrifice. It just isn’t the kind of sacrifice that Hollywood would like me to think it is. Yes, there is a man involved but He was not just any man. He was fully God and fully man.

No prizes for guessing who I am talking about.

You see, at just the right time, when we were still powerless, Christ died for the ungodly. Very rarely will anyone die for a righteous person, though for a good person someone might possibly dare to die. But God demonstrates his own love for us in this: While we were still sinners, Christ died for us. Since we have now been justified by his blood, how much more shall we be saved from God’s wrath through him! For if, while we were God’s enemies, we were reconciled to him through the death of his Son, how much more, having been reconciled, shall we be saved through his life! Not only is this so, but we also boast in God through our Lord Jesus Christ, through whom we have now received reconciliation.

Jesus is who I have found my “ever after” with. This passage from Romans just sums it all up. We were powerless – not Disney-princess-powerless but doomed-for-all-time-powerless – and Jesus saved us even though we didn’t deserve it. It’s that sentence where Paul writes that “rarely will anyone die for a righteous person” that really sends shivers down my spine. I am not a righteous person and I’m not even sure that I’m a good one YET Jesus died for me as a demonstration of God’s love.

And He did the same for you too.

So where can I find my “happy ever after”?

So your boyfriend isn’t going to bring you happiness forever and now you are wondering what to do… For starters, don’t dump him just because he can’t guarantee you happiness 24/7/365 for the rest of your life. That’s not something anyone can guarantee you but what you can do is promise to walk alongside each other through the tough times and the good.

Secondly, I hate to break it to you but you are not going to find your “happy ever after” this side of Jesus’ second coming. If you jump back up a few paragraphs, you will see that Jesus is my “ever after” but I left out a key word – happy. We are not promised constant, 24/7/365 happiness as we understand it this side of heaven. Anyone who tells you that hasn’t read their Bible.

Resist him [the devil], firm in your faith, knowing that the same kinds of suffering are being experienced by your brotherhood throughout the world.

Therefore do not be ashamed of the testimony about our Lord, nor of me his prisoner, but share in suffering for the gospel by the power of God, who saved us and called us to a holy calling, not because of our works but because of his own purpose and grace, which he gave us in Christ Jesus before the ages began

Through him we have also obtained access by faith into this grace in which we stand, and we rejoice in hope of the glory of God. Not only that, but we rejoice in our sufferings, knowing that suffering produces endurance, and endurance produces character, and character produces hope

The Bible makes it pretty clear that there is going to be suffering for those who follow Christ this side of His second coming. Though we are told to rejoice in our sufferings because of the fruit they bear, happiness as we understand it isn’t a done deal.

But we will one day find happiness. Just check out this beautiful passage from Revelation 21:

And I heard a loud voice from the throne saying, “Behold, the dwelling place of God is with man. He will dwell with them, and they will be his people, and God himself will be with them as their God. He will wipe away every tear from their eyes, and death shall be no more, neither shall there be mourning, nor crying, nor pain anymore, for the former things have passed away.”

One day, Jesus is going to come back. When that happens, our amazing and awesome three-in-one God is going to live with us. There won’t be any more pain or crying. All our tears will be wiped away. When you add in that this will be for the rest of eternity it starts to sound a whole lot like a “happy ever after”.