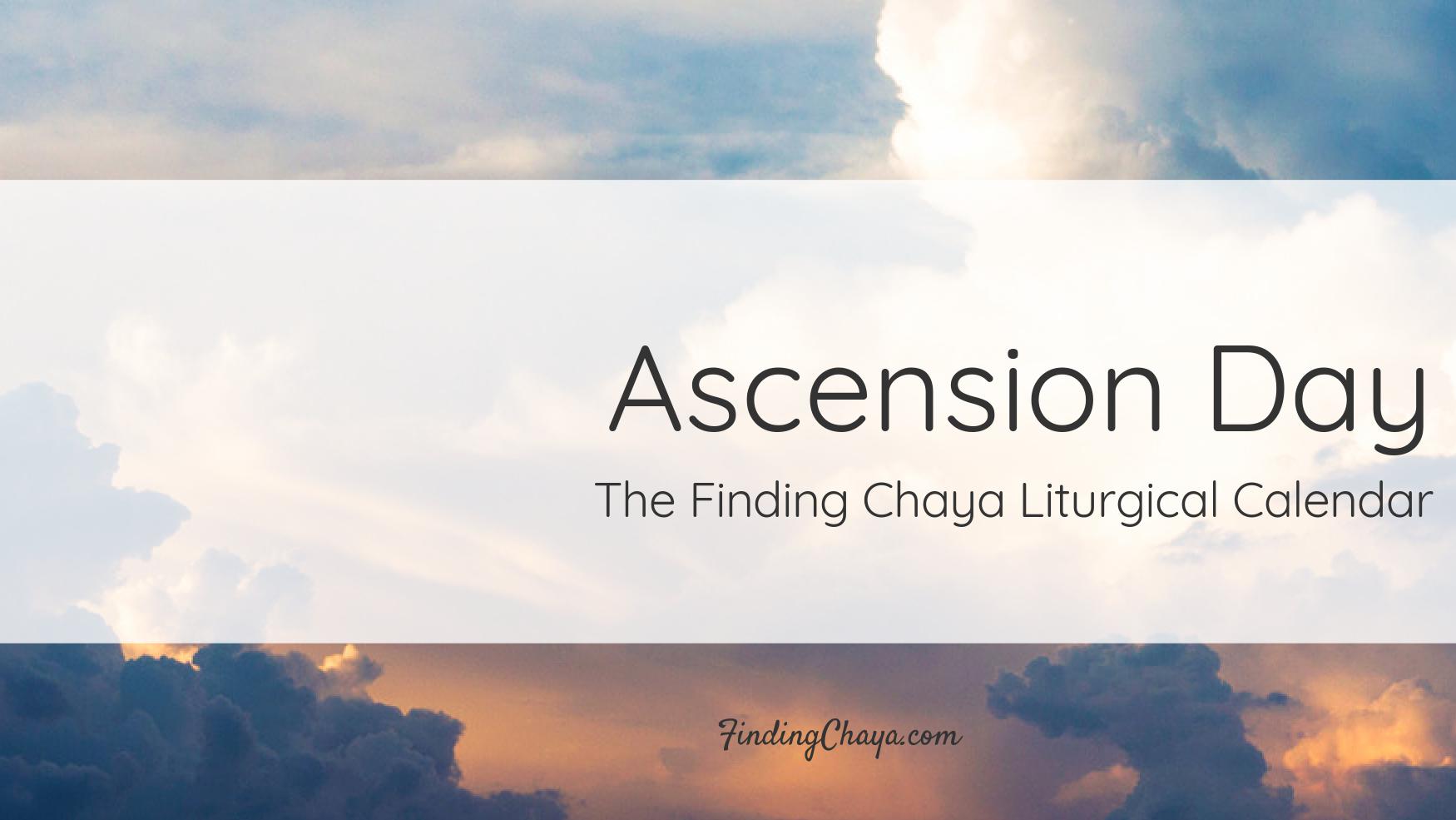 Time to start baking those birthday cakes. Why? Because in a week and a bit, the Church will be celebrating its birthday. But it’s not quite time yet to talk about Pentecost. Not quite time for talk of sweeping winds and tongues of fire. Peter isn’t primed for his outstanding, “is he drunk?”, first-ever sermon yet. So go ahead and start to prep the birthday cakes but first can I take a minute of your time.

You see, today is almost more important that Pentecost. In fact, I would go so far as saying that if the particular event we remember today had never happened then we would never have had Pentecost. You see, today is Ascension Day. Also known as the day when Jesus went up (/ascended) to heaven. The impression that we are given from the Gospels, like John 14v15-31, is that the Holy Spirit would not be able to come in the way that we know it while Jesus was still here. Seeing as how Pentecost is as much about how the Holy Spirit first moved amongst the disciples as it is about what the disciples did, it appears that Ascension Day had to happen first.

Ascension Day is pretty simple in terms of what happened. Effectively Jesus gathered His disciples around Him and told them what they were to do. His final instructions boil down to one simple idea: continue to teach and make disciples like Jesus did during His life. The other key point is that the disciples are told about the Holy Spirit and how He will be an advocate for them in making disciples. In simpler language, Jesus tells them that He will send them an ally, friend, and helper to make sure they stay on track and to support them.

But you will receive power when the Holy Spirit has come upon you, and you will be my witnesses in Jerusalem and in all Judea and Samaria, and to the end of the earth.

And He said to them, “Go into all the world and proclaim the gospel to the whole creation.

Behind the scenes, God is setting out the structure of His Church. The disciples, and therefore you can assume the Church, is promised the help of this “Spirit of Truth” (John 16v13) in carrying out this job of telling the Gospel. In Acts, Jesus even sets out the order that this will happen in.

You probably don’t think there is a lot to this. If there was, then surely these passages would get a lot more attention. After all, they aren’t nearly as exciting as the Easter narrative, Christmas nativity, or even Peter at Pentecost. But the reality is these passages show us that we can trust the Bible.

First up, Jesus tells the disciples that they will be visited by the Holy Spirit… and not long after they are visited by that very Holy Spirit. (You can read about it in Acts 2.) We see them gifted with the ability to talk in multiple languages and later on they are able to heal the sick too. What Jesus said would happen, HAPPENS!

Secondly, Jesus gives an order in which they will spread the Gospel. You probably passed right over it. It sounds pretty generic but that is because we don’t realise that the Jewish disciples could have totally bypassed Samaria. Yet as we read through Acts, God clearly directs those He has chosen to spread the Gospel to follow the Judea-Samaria-Rest of the World structure.

On both points, God ensures that Jesus’ promises come true. He shows us His reliability and trustworthiness even when He is not there in a physical form, i.e. Jesus.

What Do We Do Now?

One of my favourite things about using The Book of Common Prayer is that it comes with a daily prayer. The fancy word for it is The Collect (I have literally no idea why it is called that… best suggestions in the comments below). But just because these prayers are centuries old doesn’t mean we just accept them. For example. the Ascension Day Collect says:

that like as we do believe thy only-begotten Son our Lord Jesus Christ to have ascended into the heavens; so we may also in heart and mind thither ascend, and with him continually dwell…

It sounds great at first but on a second reading it sounds a little detached. Like we’re meant to detach ourselves from the physical and exist with Jesus on this spiritual/mental plain. But this is so counter to what we see in the passages on Jesus’ Ascension. Instead, I want to make this suggestion: Jesus does not want us to be trying to “ascend” to be with Him. He wants us to focus on Him but also on the work that He has for us to do here, now.

Jesus’ last command to us was to take the Gospel, the Good News of who He is, to the ends of the world and to every person. We are not going to do that if we are focusing on ascending in our mind and heart. But if we trust that what Jesus said is as true for us as it was for His disciples, then maybe we have a chance at carrying out that final command.