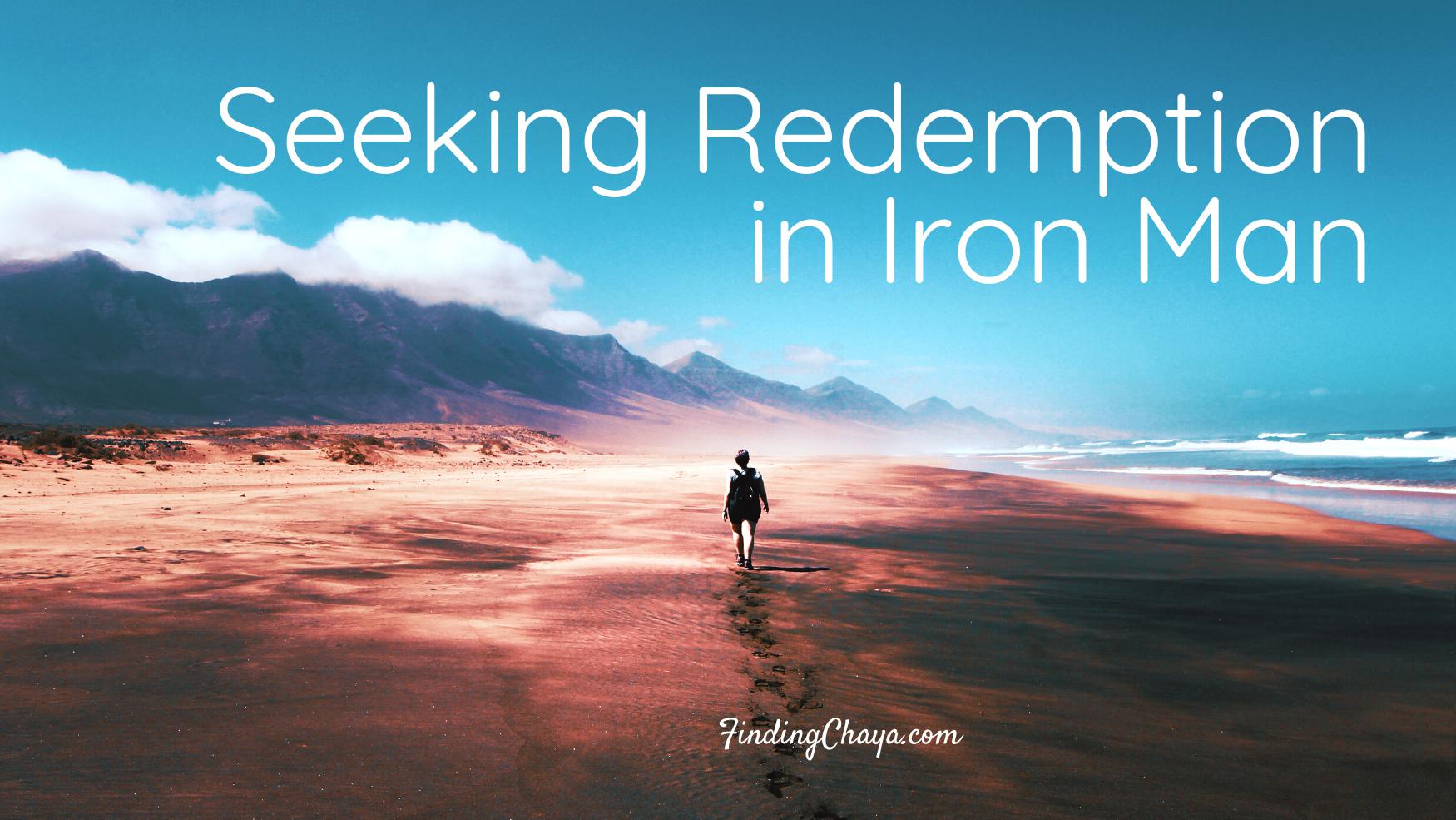 ⭐️⭐️⭐️⭐️⭐️ – I haven’t watched Iron Man in years; it is such a dark film! Total opposite to Captain America but I really enjoyed it. (Katy)

What happens when Tony Stark sees the dark side of success? He has three options:

If you have watched any of the Iron Man movies, you won’t be surprised that Tony chose option 3. He chose to find a way to undo or make up for these consequences because he realised what the cost was.

The impact of these words stays with Tony. He spends the rest of the film trying to live up to them. But unlike innocent, bullied Steve Rogers, Tony is too aware of where he has gone wrong. He has seen what the weapons carrying his name are really used for. He’s almost blown up by one. Suddenly being told to not waste your life is less about working hard instead of gambling and more about reversing the damage attached to the name ‘Stark’.

In a blog post on Desiring God about his testimony, John Piper wrote,

There is enough corruption in us to make us tremble and to make us feel how incalculably horrible sin is.

It is this corruption that Tony is forced to confront in the first half of the film. Yes, his company has been corrupted, but Tony also has to face up to the fact that his womanising, drinking, gambling and general carelessness has allowed that to happen. He is forced from arrogant know-it-all to humbled sinner.

The second half of the film is about Tony trying to find his way back from this realisation, no matter the cost. From changing his company’s purpose to rescuing a town from a warlord, Tony does everything in his power to undo the damage done by Stark Industries weapons. He is a man looking for repentance.

One definition of repentance is to “turn around and walk in the other direction.” If we ever need an example of someone doing a moral 180-degree turn, it is Tony Stark. Yet Tony still doesn’t get it right. Instead of demonstrating Biblical repentance, the rest of the film is a lesson in how to try and buy your repentance back.

This quote directly follows on from the first quote I shared from John Piper. It is also the part that Iron Man misses out. Tony is so intent on fixing the corruption he has found in his company, and himself, that he misses out on grace. Partly this is because he has no choice; apart from making jokes about Norse gods, there isn’t a concept of ‘God’ in the MCU. But it is also because grace goes against one of Tony’s core traits, self-reliance.

And Tony isn’t the only one guilty of this. Self-reliance is a human trait. More importantly, it is at the root of the “I’m a strong, independent woman” attitude that’s becoming increasingly common. I know I’m guilty of it. At work I want to do it all myself and then throw my toys out the pram when I have to rely on someone else. At home I’m not even sure how relationships work because I’ve been doing it all myself for so long.

Your turn. Take five minutes to think about where you try to do it all yourself.

Took you less than five minutes? No surprises there.

We choose redemption via self-reliance instead of redemption through grace because it looks easier. We can do it all ourselves, which means we are in control. Grace is the opposite; it means relying on God and accepting that we are not in control.

You could argue Tony didn’t really get a choice. He’s a fictional character, controlled by writers who have placed him in a world that doesn’t place God anywhere near the fore. His only choice appears to be self-reliance and earning his redemption.

We have a choice because we live in a world where God has revealed Himself to us through Jesus, showing us grace. This is a gift we cannot earn. God gives it to us for free, with no constraints. It is the opposite of what we see when Tony tries to save the world with an expensive suit and all the tech.

For the wages of sin is death, but the free gift of God is eternal life in Christ Jesus our Lord.

We can’t earn our redemption. It is a free gift God has chosen to give us. All that is left is for us to say yes.