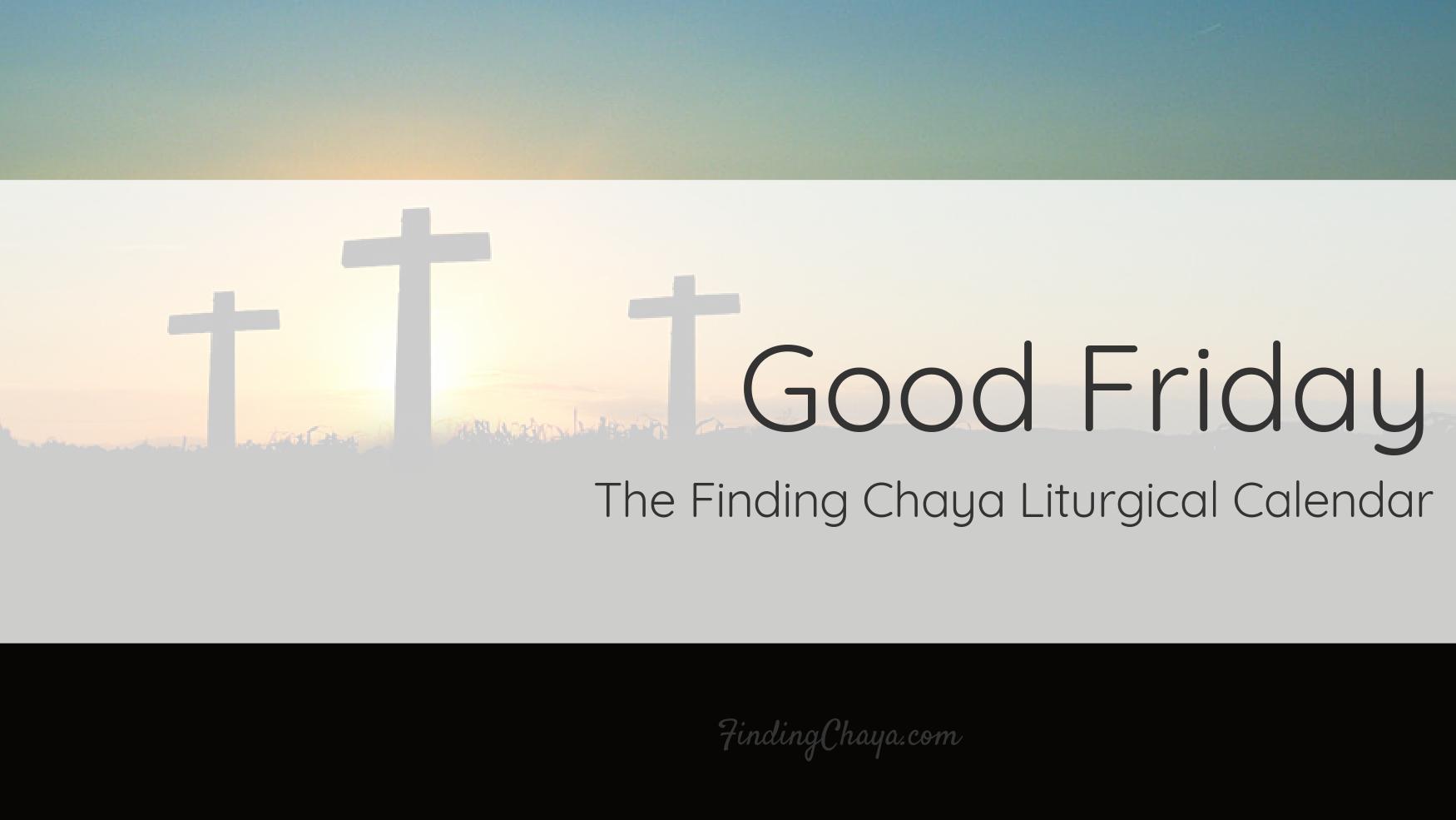 Good Friday has come around again. Purposely wearing black to church, as I walk in to the service I’m aware that it is equal parts memorial and celebration. Today, almost 2,000 years ago, my Saviour died. He died so that I wouldn’t go to hell. He died so that I would not spend eternity cut off from my Father and King. He died rather than see me die.

And He did the same for you. Almost 2,000 years ago, He knew you well enough to believe you were worth dying for.

And when the sixth hour had come, there was darkness over the whole land until the ninth hour. And at the ninth hour Jesus cried with a loud voice, “Eloi, Eloi, lema sabachthani?” which means, “My God, my God, why have you forsaken me?”

This was the cry of a fully-human-fully-God man who had never been separated from God. All those times when we have wondered where God was, if He even heard our prayers, or whether He really loved us. Jesus felt all of that all at once on the cross. But not just His separation from God but every time each of us was separated from God.

Why? Because on that cross, Jesus took on all our sins. Every little lie. Every time we stole from the pic’n’mix. Every nasty comment. Everything that kept us separated from God. Jesus took them all, knowing it would mean separation from His Father.

The Mercy of the Crucifixion

The Crucifixion is a difficult topic to broach. I remember being in Austria and a friend pointed out all the crucifixes in random places, disliking them because Jesus was no longer on the cross. It felt like the church there hadn’t moved to the joy of Easter Sunday. Yet we can so quickly move on from the cross to the empty tomb, missing out on the heartbreaking, sorrow-filled, mercy of the Crucifixion.

Last time I talked about mercy, I described it as the shadows and dark colours in a painting. Since then, I’ve read a little bit more on it and one thing stuck with me. Mercy is God’s answer to our misery. And our misery does not get greater than the thought of an eternity cut off from God, in the place of gnashing teeth. Yet it is what we deserve. Every sin, every time we missed God’s target means that we cannot be with God because He is holy.

So what happened when Jesus was crucified? How does mercy change the story?

Mercy is how this God-man, who was both fully God and fully human, chose to be completely and totally separated from God… so that we weren’t.

But he was pierced for our transgressions;

he was crushed for our iniquities;

upon him was the chastisement that brought us peace,

and with his wounds we are healed.

Jesus’ sacrifice on a cross for the entire human race has no comparison. How on earth can we wrap our heads round the idea that this perfect fully-human-fully-God man chose to die for every single individual who has ever and will ever walk on this planet?

Instead, we try to find ways to explain it. To bring it down to our level.

Once Upon A Time sees Emma, already known as the Saviour, sacrifice herself to save her family and friends. But we also know that Emma is a flawed individual. She was even the ‘Dark One’ at one point.

Lord of the Rings shows Gandalf, the wise wizard, advisor, and leader, face off against the impossible to allow the rest of the Fellowship to escape. But He doesn’t do it out of an act of mercy but out of need for the mission to succeed.

Even The Lion, the Witch, and the Wardrobe doesn’t fully capture it. Aslan’s sacrifice captures the love that Jesus had towards the individual but it was only for the individual. Yes, Jesus did die for each of us as individuals BUT He also died for us all. Even Aslan didn’t manage that.

Yes, we will – and need to – grapple with the Crucifixion and what it means. We need to understand that God’s mercy placed Jesus on the cross, between us and the punishment we deserved. For that reason, we will always tell stories of “the saviour who sacrificed themselves to save others” but it will never be enough. There will always be a mystery around the cross. The unending question of “Why did Jesus die for me/us/humanity? Why were we worth His death?”

The reality is while we will always strive to understand it, God only asks for us to accept this unique and precious act of mercy. To accept that Jesus chose to pay the highest price so that we might be saved.

Because On the Cross…

… God, the Son, was separated from God, the Father, so that we are not cut off from Him.

… Jesus descended to the depths of creation to stop us from being sent to hell.

… The Messiah, God’s Anointed One, died so that we would not die.