Deborah: The Only Female Judge 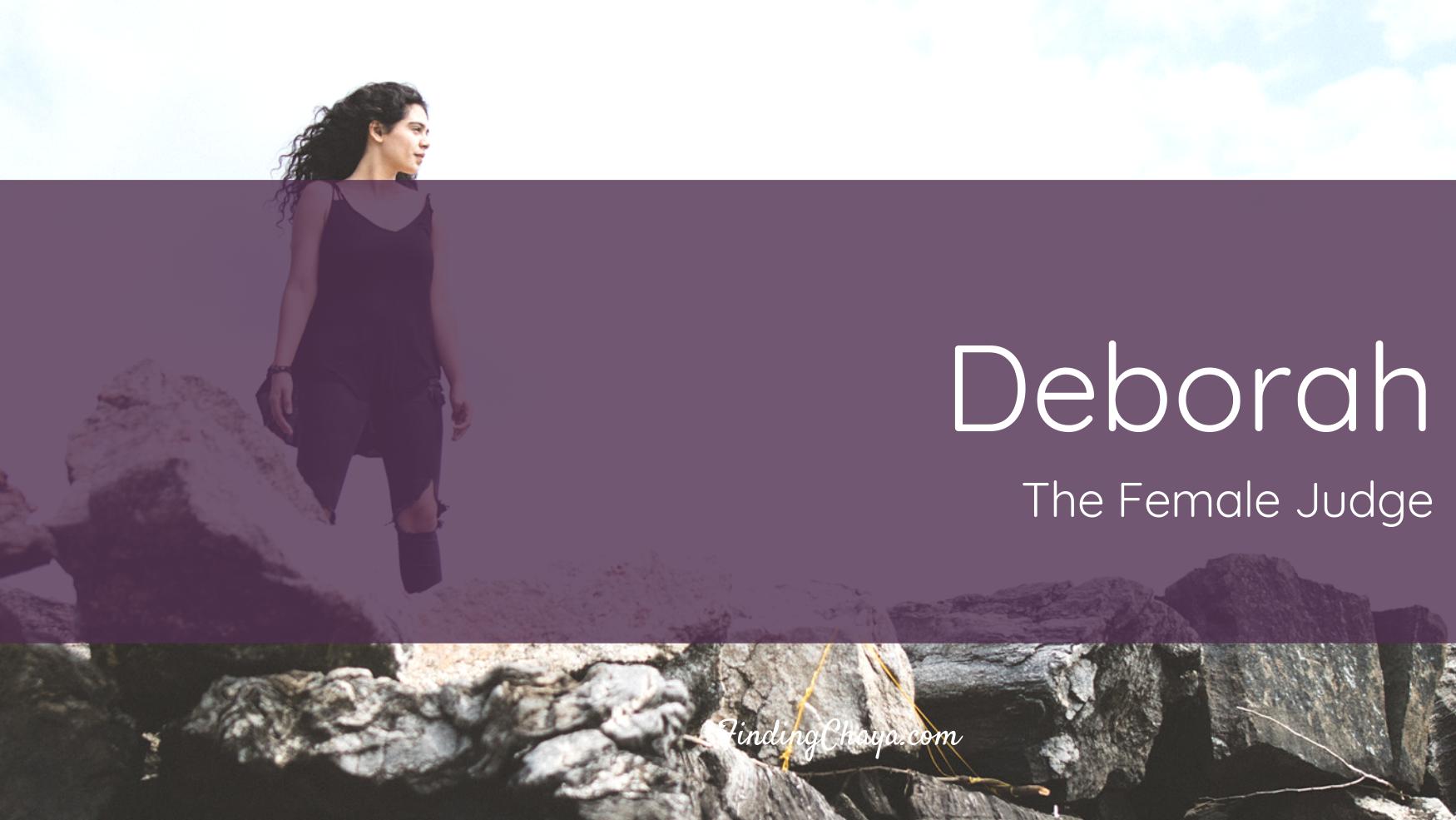 Back when I was starting Finding Chaya and crowdfunding this website, I also wrote a devotional called “Biblical Wonder Women: A Realistic Exploration”. Over 22 days, the devotional compares the woman described in Proverbs 31 to 10 Biblical women to see what it really takes to live out that much quoted passage. The below post is taken directly from that devotional, looking at how one woman, Deborah, was able to talk with kindness while still delivering God’s truth.

Did you know that Israel didn’t always have kings? No, it wasn’t because they had queens instead. Israel was effectively leaderless and run according to the 12 tribes descended from the 12 sons of Jacob. However, when they were most needed, God would raise up individuals known as Judges to provide leadership. As you are probably expecting, almost all these
Judges were men apart from Deborah.

Chapters 4 and 5 of Judges record how this stand out woman worked alongside men towards a victory. As the only female judge, Deborah brings leadership characteristics to our attention that are also present in the Proverbs 31 woman. In particular, Proverbs 31:28 talks about how the Biblical wonder woman speaks with wisdom and “kindness is on her tongue ”.

This is one of Deborah’s defining traits; the advice she gives to Barak is filled with God-given wisdom. However, Deborah still delivers some harsh truths too. Yes, this Biblical wonder woman does not shy away from being honest when it’s called for. Because Barak insists that Deborah accompanies him into battle, i.e. he isn’t relying solely on God, she tells him that a woman will strike the winning blow. Deborah knows that God is speaking through her (she is known as a prophetess) and as a result is not afraid to speak out truth.

So, being female doesn’t make Deborah any less of a judge. Instead, we are shown how God uses the characteristics He intended for women to build them as leaders. Deborah was used by God because she had those characteristics of wisdom and kindness combined with honesty. Placed alongside the ideal of Proverbs 31, she becomes a brilliant role model for what a Biblical wonder woman can look like without diminishing who you are.

Becoming a Biblical Wonder Woman: Read through Proverbs 31 again. What qualities do you already have as a woman that God can use for His plans?