19 Ideas for Self-Isolation (in other words, what to do, read and listen to when stuck on your own) 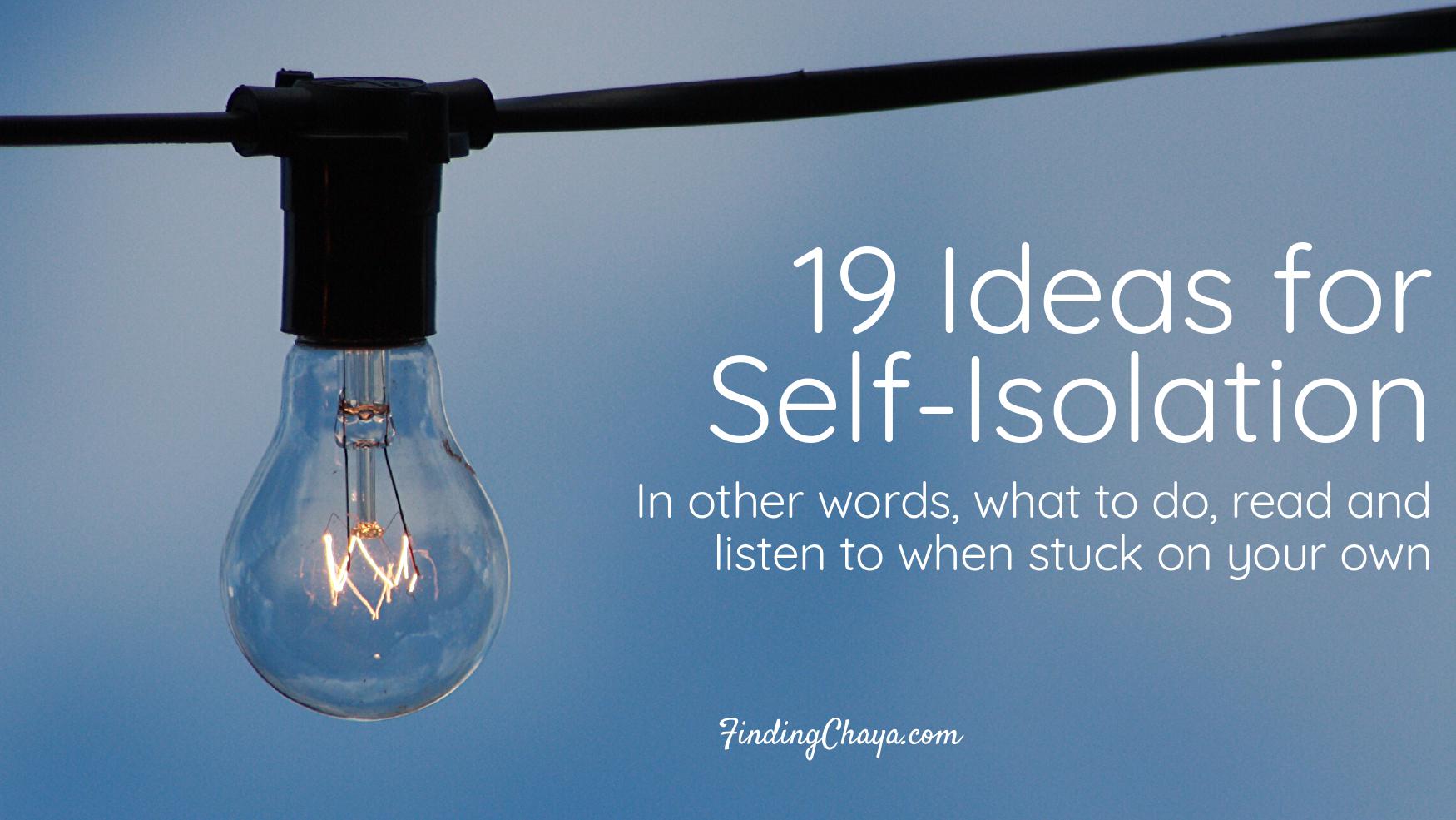 The world seems to have gone crazy recently. The only difference is that this time there is some logic to the madness. You know what I’m going to say next…

Coronavirus! This particularly contagious virus has taken over the world, or at least that’s how it feels. Along with the crazy, but necessary, amounts of hand washing suggested by the NHS and Government, self-isolation is now becoming commonplace. Whether you are self-isolating for seven days due to showing symptoms, to help delay the spread of the virus, or because you don’t want to risk getting it, being on your own and stuck in the same place can really suck after a while.

Even worse, if you live on your own it really isn’t fun. There is a reason that solitary confinement is the worst punishment in prisons. As one of an increasing number of single adults who live on their own, I’m a little concerned about what will happen if I have to self-isolate. Seven days on my own!!! Even introverts need to be around people some time.

So, as my little addition to trying to make this time easier for everyone, I thought I would provide a list of things to do should you have to self-isolate. Or frankly, things to do when you’re stuck on your own.

So you can’t go outside. Normal go-to activities like going on walks, running, or heading out for a coffee are off-limits. Here are a few suggestions:

Things to listen to

Living on your own can get pretty lonely. Eventually, we have to accept that house plants and cuddly toys aren’t going to respond to your questions. So something to listen to can be a real blessing. Here are just a few of my current favourite recommendations:

More time to fill but you don’t want to spend all of it staring at a screen? Books are your friends! Here are a couple of great ones to get your teeth into:

I’m weaning myself off Netflix again but I am still a total YouTube addict. If I’m honest, it’s only Bon Appetit that I have been missing while giving up all TV for Lent. Watching the snippets on Instagram is the worst kind of temptation. They’re just funny and sassy and make me want to cook all the foods. Plus I’m now a little envious of America’s food culture, where they basically took the best bits of everyone else’s food.

I’d particularly recommend any of the series specifically focused on one editor or test kitchen chef. For example, Reverse Engineering with Chris Morocco, It’s Alive with Brad Leone, and Gourmet Bakes with Clare Saffitz are all fantastic. They are technically family-friendly but there is a lot of language that gets bleeped out. Still absolutely hilarious though never watch while hungry!

That’s a little bit of a whistle-stop tour around my top suggestions for time on your own. If you are self-isolating at the moment or taking social distancing to the extreme, what have you been doing to fill the time? Let us know in the comments below!